A 25-km light-rail line is being planned to run between Helsinki and Espoo with 16 km of tracks in Helsinki and the remaining 9 km in the neighboring Espoo. The light-rail line will replace the crosstown bus route 550, which is the busiest bus route in the Helsinki region. The route does not have enough capacity to meet the continuously growing passenger numbers.

The aim is for the light-rail line to begin operating in 2021. The line will be planned and implemented jointly by the cities of Helsinki and Espoo using the alliance model. A project organization has been established to manage the recruitment of alliance partners. The alliance will begin operations at the end of 2017.

It is estimated that in 2040, the new light-rail line will have about 102,000 users on weekdays, while bus route 550 currently has 30,000 passengers a day. In 2050, the Helsinki region is projected to be home to 2 million people and over one million jobs. “The region’s population is growing and travel is increasing. Our goal is to direct the increase to sustainable modes of transport, i.e. public transport, walking and cycling,” says HSL’s Executive Director, Mrs Suvi Rihtniemi.

The light-rail line will mainly run in a dedicated right of way to ensure fast and disruption-free running of trams. The average target travel speed is about 25 km/h. There will be 33 pairs of stops located in current or future housing, employment and service hubs. 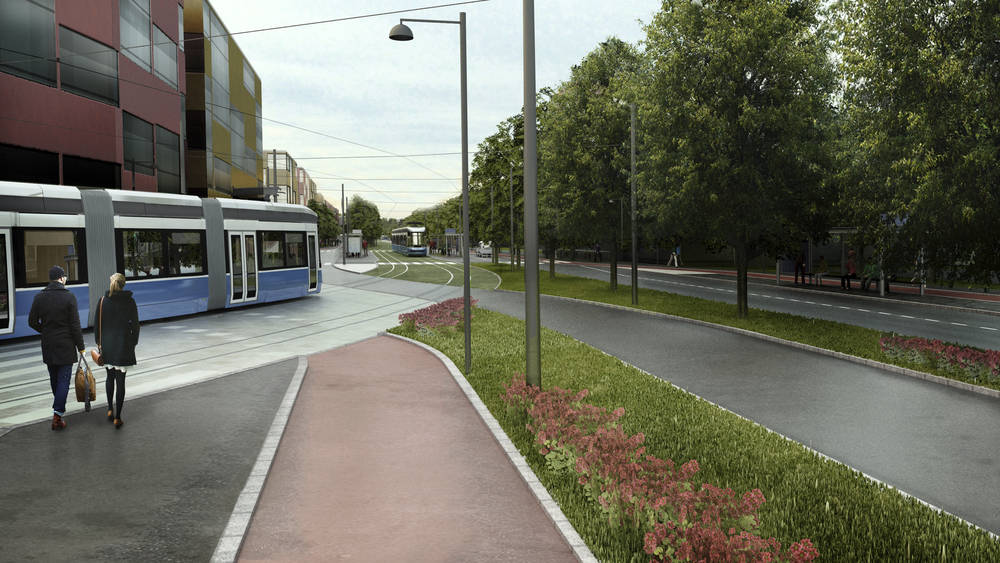 In total 29 light-rail vehicles will be purchased to provide service in two directions. The vehicles will be manufactured by Transtech Oy, which is part of Skoda Transportation Group. The overall cost of the purchase is at the most 95.2 million euros. At first, one prototype tram will be ordered and operated in the Helsinki central city area to gain experiences that can be used to finalize the design for mass-production. The prototype tram is scheduled to enter into service in summer 2019.