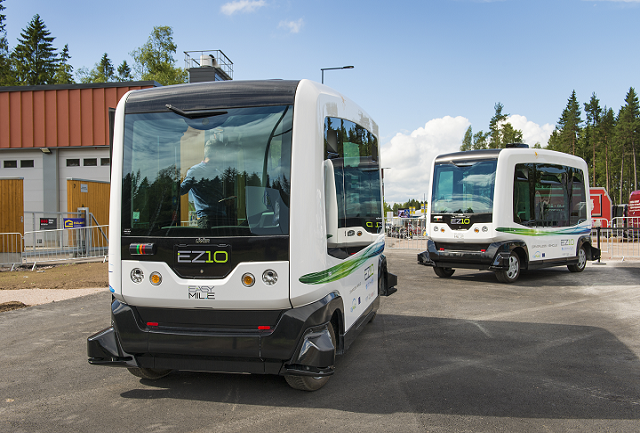 In January 2017, Helsinki was chosen as a participant to a global initiative in which major cities prepare for the emergence of autonomous vehicles. The aim is to use intelligent transport to solve social challenges and improve the lives of urban dwellers. The initiative has been launched by US-based Bloomberg Philanthropies and the Aspen Institute. In addition to Helsinki, London and Paris in Europe, Austin, Los Angeles, Nashville and Washington D.C. in the United States, and Sao Paolo, Buenos Aires and Tel Aviv are involved in the initiative.

“HSL is particularly interested in how to best integrate self-driving buses into the public transport system. It would be interesting to study, for example, could autonomous buses provide high-frequency feeder services to trunk routes,” says HSL’s Executive Director, Mrs Suvi Rihtniemi.

HSL hopes the initiative will provide information about how autonomous vehicles and buses could be utilized in sustainable urban transport. The initiative brings together experts from various fields from the participating cities. The objective is to help other cities to utilize the possibilities of intelligent transport.

Helsinki also focuses on the utilization of open data and real-time traffic information. “HSL will bring to the initiative deep expertise in transport system planning and utilization of open data. For example, the new Journey Planner introduced in February has been designed using open data and open source code in open interfaces. The open source code of the Journey Planner enables anyone to utilize public transport data for new digital mobility services,” says Mrs Rihtniemi.

Bloomberg Philanthropies is a charitable institution established by the former mayor of New York (2002-2013), Michael R. Bloomberg, that promotes initiatives in the fields of environment, public health, education, arts and government innovation, for example, by granting funds. The Aspen Institute is a nonpartisan think tank and research organization focusing on leadership development and social policy.