Montreal is celebrating its 375th anniversary this year and there are numerous actions going on in the field of public transportation. Other than the ongoing change in governance and numerous transportation conferences hosted in and around Montréal, a major public transportation project has been proposed in spring 2016: a 67-km light rail transit (LRT) network linking downtown Montréal, South Shore, West Island, North Shore and the Pierre-Elliott Trudeau International Airport. It includes 27 stations, runs 20 hours a day and 7 days a week. Once completed, the Réseau électrique métropolitain (REM) would be the largest public transportation infrastructure project in Montréal since the construction of the metro system, first inaugurated in 1966, as well as the third largest automated transportation system in the world. The project is notable in several aspects: 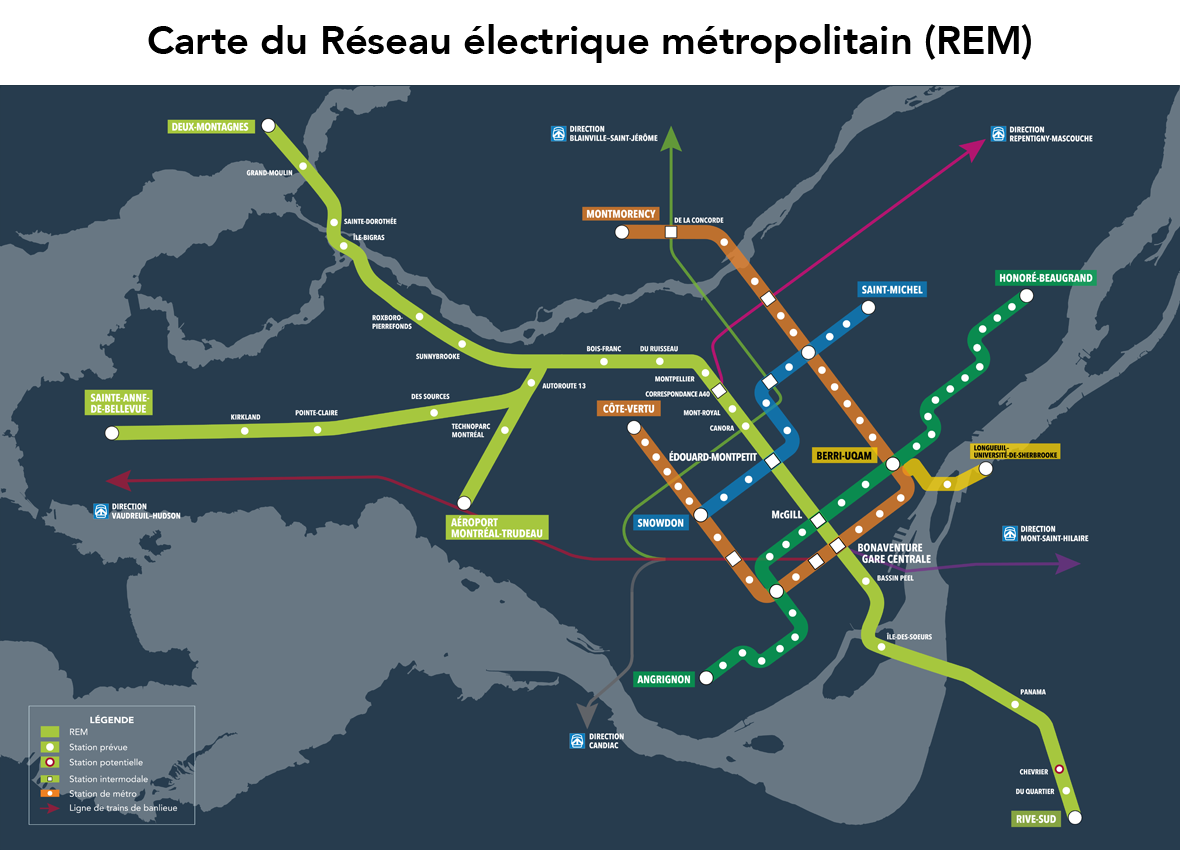 Continual progress in planning, review, negotiation and consultation are currently underway: a comprehensive ridership report has been published; the BAPE (Bureau d’audiences publiques sur l’environnement) report that reviews the REM project has been made public; negotiations among major stakeholders are ongoing and several open houses have been held for the public to learn more about the project and the stations. All of these aim to ensure that the project comes to fruition with the best possible arrangement.

You are encouraged to take a look at the proposed REM project on the CDPQ Infra website. It contains presentation, documentation and renderings of the route and stations, as well as the up-to-date information on the project.