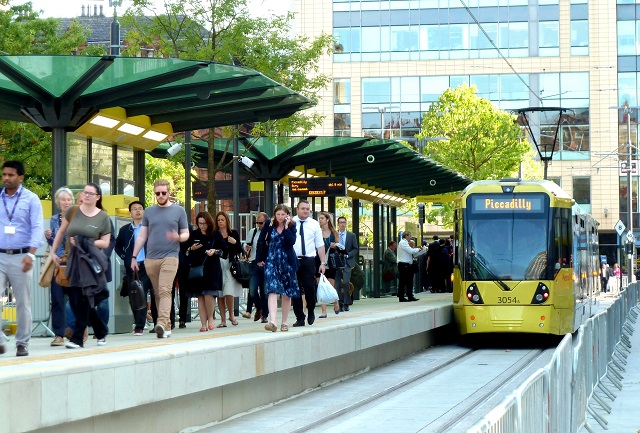 Greater Manchester’s Metrolink network is set to expand even further after plans for a new £350 million tram line through Trafford Park were given the green light this October 2016.

Chris Grayling, Secretary of State for Transport, has granted Transport for Greater Manchester (TfGM) legal powers to build the new 3.4mile (5.5km) line under a Transport and Works Act order. That means work could start on the line this winter – and be operational by 2020/2021.

TfGM, which owns the Metrolink network, has developed plans for the Trafford Park line and will shortly appoint a contractor. The delivery of the line will provide a major public transport boost for the area, offering fast, frequent transport links for thousands of workers in the area and better connecting people to business, leisure and retail opportunities. 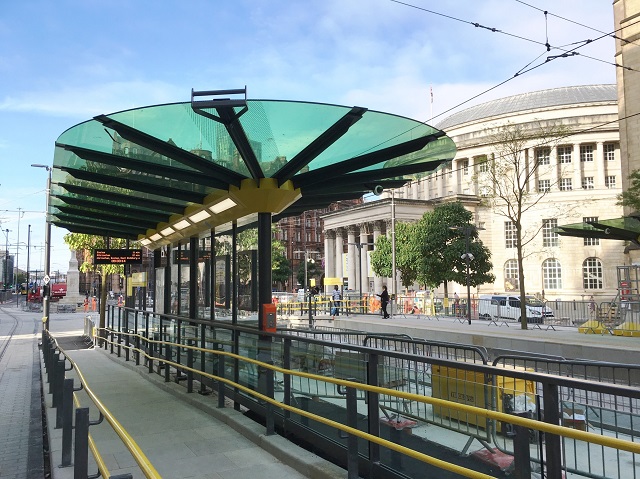 Trafford Park itself is the largest major employment zone in Greater Manchester outside the city centre and is home to over 1,300 businesses and more than 33,000 jobs – with employees travelling from across Greater Manchester and further afield. The new Trafford Park line, which will increase the size of the Metrolink network to more than 66 miles (106.5km) served by 99 stops, will branch off from the existing Pomona stop and call at six new tram stops at key destinations, including Wharfside, near to Old Trafford football stadium, the Imperial War Museum, key business areas through the industrial park and visitor destinations such as Eventcity and the intu Trafford Centre.

The majority of the new route is not on roads to ensure faster, more reliable journey times. The £350 million funding package to build the line has already been secured by Greater Manchester Combined Authority through the ’earn back’ funding arrangement as part of the Greater Manchester devolution deal.

TfGM consulted on plans for the new Trafford Park line during a 12-week public consultation in summer 2014, with 89% of comments in favour. An independent inspector presided over a public inquiry into the proposals in 2015.

Mayor of Greater Manchester, Tony Lloyd, welcomed the news, saying: “Today’s announcement is another big step forward for Greater Manchester. I’m delighted that our long held ambition to build a new Metrolink line through Trafford Park is now about to become a reality.

“Our new Trafford Park line will connect people across Greater Manchester to thousands of new job opportunities as well as offering fast, frequent and sustainable links to some of our city-region’s greatest sporting and cultural venues, not to mention the Trafford Centre.

“This new line will boost our economy and bring us closer to our goal of a world class transport system for Greater Manchester. I look forward to seeing the first shovel in the ground this winter.”

Trafford Council Leader, Sean Anstee, said: “This is great news for Trafford and the Greater Manchester area. It will bring countless opportunities for further investment in the borough and across the region.

“Excellent transport links are vital to make Greater Manchester as attractive as possible for businesses to establish themselves here and, with them, more jobs and apprenticeship opportunities.

“Trafford Council and Greater Manchester Combined Authority has worked closely with TfGM to enable this proposal to come to fruition and I want to thank those whose hard work and effort has managed to achieve this wonderful opportunity for the borough.”

The Trafford Park line will pass under the Trafford Road Bridge and run alongside the existing promenade next to Manchester Ship Canal before joining Trafford Wharf Road.

The route will turn left onto Warren Bruce Road and then bear to the right onto Village Way up to Parkway. It then crosses over the Bridgewater Ship Canal before turning right onto Barton Dock Road, terminating outside the intu Trafford Centre.

Metrolink has tripled in size in recent years as part of a £1.5 billion expansion, making it the largest light rail network in the UK. Services currently run to 93 stops spanning 62 miles (100km) of track, catering for more than 35 million journeys a year.