The following tables show some figures about the two kinds of public transport supply: railway and buses. It should be noted that while the network length of railway networks is counted as length of tunnel and its stations are, in fact, infrastructure works, the length of bus routes is the sum of all the routes (in one only way), regardless of some routes share a common piece of their path. Moreover, the stops are the sum of all route stops.

The demand is shown in the following table which represents the amount of tickets validated in every company. The ticket integration was implemented in 2001 so that the user must pay only once, but must validate as many times as steps are in their journey.

Since the beginning of ticket integration in 2001 until 2014 the demand of public transport increased in 160.0 millions of passengers. The total number of validations in the metropolitan public transport system in 2014 was 915.5 million, a significant increase of 1.7% compared to 2013. 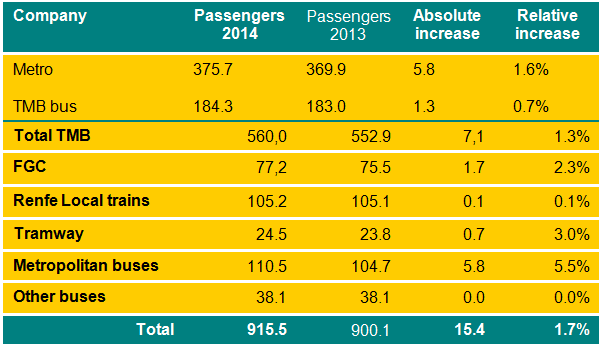 Funding of Public Transport in 2014 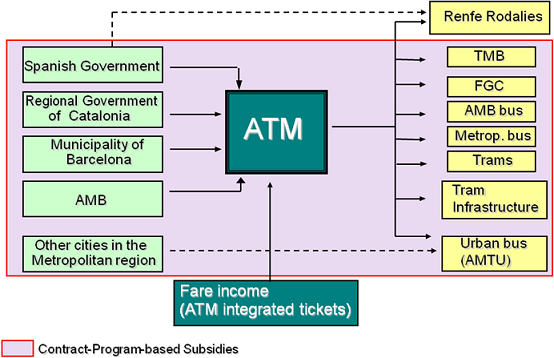 The values shown in tables represent the average annual estimated funds for 2014. They only include operating costs. The investment for new infrastructures or rolling stock is not considered.

In 2014 the funds rose to 568 M€ shared among different public bodies as shown below:

Fares of the most common tickets.