The network includes the following services:


The services of interurban bus are tendered. The CTM has been responsible for the management of the contracts since its creation in 2006. Before this dates the franchise contracts were managed by the Regional Government.

The train and metro are operated by a publicly owned company. 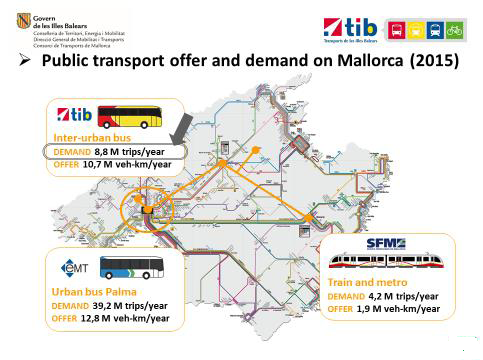