A fully electric standard bus line for the Paris region 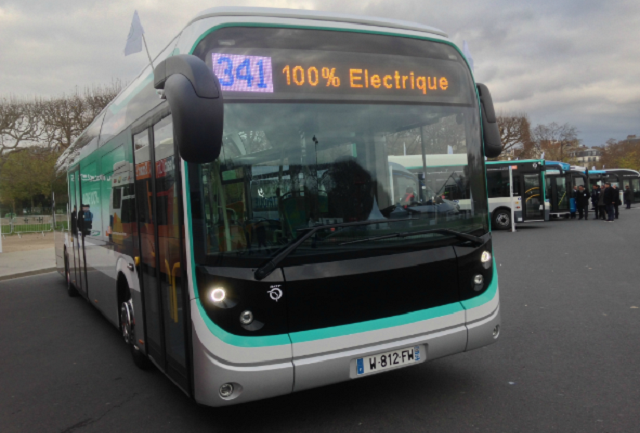 The first 100% standard electric bus line was inaugurated in Paris on 30th May 2016. By the end of the year, Route 341 [1] (Charles de Gaulle – Etoile ⇔ Porte de Clignancourt) will be equipped with 23 Bluebus [2] standard 12 metre 100% electric buses built by Bolloré. This is a first in Europe for a fleet of this size. Buses will be recharged at night at the Belliard bus depot in the 18th arrondissement within the city of Paris, a measure that will not drain the electricity grid during peak times. 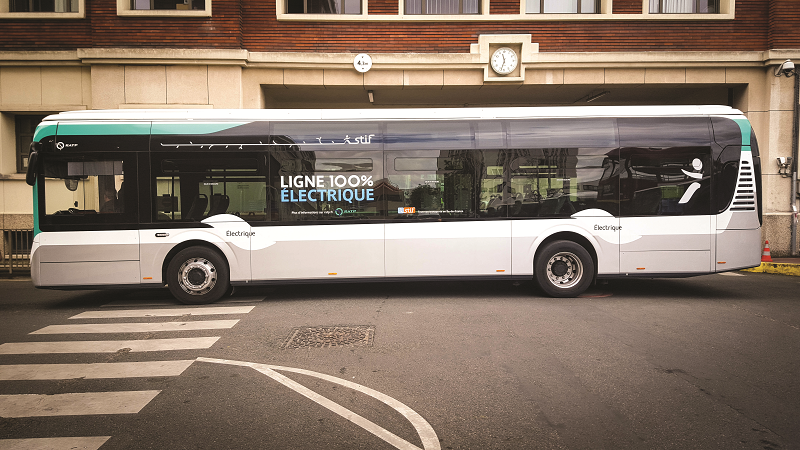 For Mrs. Valérie PÉCRESSE, the President of STIF, “this line is an historic first step towards the industrial and ecological revolution I wish to implement in public transport for the Grand Paris project. In the next few weeks, a “1,000 bus” plan in the Paris region will be launched in which STIF will invest massively to bolster the transport offering in poorly covered areas, particularly the outer suburbs, and to offer a genuine alternative solution to taking the car. Wherever possible, these next-generation vehicles will be zero-emission vehicles, i.e., electric, biogas, hydrogen or powered by other low-carbon solutions”.

The integration of the first 100% electric bus in the RATP fleet is a decisive step in the bus energy transition for the Paris region, which was decided on 11 December 2013 by the Board of STIF, the regional public transport authority. It was at this date that an ambitious investment programme was adopted for the renewal of the bus fleet in the Paris region introducing electric and Biogas vehicles from 2018. This decision has been translated in the Bus 2025 plan implemented by RATP as the company aims to have a bus fleet (4,500 vehicles) that is 100% green by including 80% electric buses and 20% biogas-powered vehicles.

The first fully-electric line (341) will help RATP and STIF gather as much information as possible in both operations and maintenance thanks to surveys of drivers, passengers and locals. Calls for tenders will be issued for a wide-scale deployment of electric and biogas-powered buses starting in 2017. Thanks to Bus 2025 and the future bus plan for the Grand Paris project to be adopted in the months to come by the Board of STIF, Paris and the Ile-de-France region will become a global standard as a very low carbon, urban public transport road network.

Lastly, the initiative has been selected by the European Union to take part in the ZeEUS project (Zero Emission Urban Bus System) which aims to boost the introduction of electric buses in cities. Paris and Ile-de-France are among the 10 pilot sites in Europe (in 9 countries) to experiment 100% electric buses.

For all stakeholders involved in ZeEUS, the solutions to be found are based on 5 key points:

Energy transition in the Paris region

The test conducted on route 341 will enable STIF and operators to learn valuable lessons in preparation for bus fleet renewal in Paris from 2018. It will also feed the database of the ZeEUS Observatory and will allow for and inspire the exchange of best practices at a European level. After the various trials performed within the 10 pilot sites, ZeEUS will provide a guide to European cities and tools to encourage the energy transition of urban buses. The results of the ZeEUS project will be presented in 2017 to support the strategic choices of the leading players in public transport across Europe.