The new contracts between STIF and RATP for the 2016-2020 period and between STIF and SNCF Mobilités for the 2016-2019 period were voted on at STIF’s meeting of the Board of Directors on 7 October 2015. The two contracts represent a total commitment of 20 billion euros and will also enable companies to make 12.3 billion euros’ worth of investments in order to renew the rolling stock and invest in stations and stops.

The contracts provide a framework in which everyone fulfils their role and missions in the organisation and development of public transport in Île-de-France. They thus enable the operational implementation of the policies governing the offering and services provided to passengers in the Île-de-France region, as decided upon by the Board of STIF.

These new contracts confirm the willingness of STIF and the operators, by virtue of the amounts at stake (11 billion euros for RATP and 9 billion euros for SNCF), to continue with their commitment to improving transport. They reaffirm the broad goals of STIF:

Both contracts show the priority given to improving punctuality and production quality, measured in terms of "passenger experience". Punctuality measurement methods have thus evolved to reflect passengers’ perceptions. The main improvements include:

Moreover, starting at the end of 2015, STIF and SNCF Mobilités will be studying a change in the methods of calculating punctuality for each branch on lines C and D. In fact, the branches as they are currently defined are based on the routes of the trains’ and need to be modified to better reflect the "passenger experience". SNCF Mobilités will offer STIF a branch punctuality indicator measured on "passenger branches," defined on the basis of a passenger origin/destination correspondence table. Changes in punctuality per branch will be calculated per "passenger branch" for lines C and D from 2016 onwards. A similar study may then be conducted on other lines if necessary. This work will also be shared with the relevant passenger associations.

The following is planned for the RATP above-ground network:

The studies are continuing in order to anticipate changes to the offering. The STIF/RATP plans to examine discrepancies between theoretical and real journey times on all the bus routes. Ongoing analyses must also be taken into account, with a view to a reorganisation of the bus network in Paris, the ongoing study on the subject of night transport and the extensions of lines 4, 12 and 14. A budget of 5 million euros in 2016 (35 M€ in 2020, all networks included) is written into the contract to finance future improvements to the offering.

On the RER, greater operational robustness is expected. After the abolition of driver changeover on line B in late 2009 and the consolidation of operating entities in a single command centre in 2013, RATP and SNCF Mobilités aim to continue with unified management on line B, in a manner consistent with the Master Plan for line B directed by STIF.

SNCF and RATP will also continue the collaborative work they have started in order to establish the most appropriate operating conditions, particularly through the joint action plan for RER line A, whose main aims are:

For lines L and J on the Paris Saint-Lazare network, which experienced recurring difficulties during the previous contract for 2012-2015, SNCF Mobilités will implement specific actions with the aim of improving quality of service:

The new contract with SNCF Mobilités will also refine the process of monitoring the scheduling of necessary engineering work, interfacing with the rest of the network, in particular liaising with SNCF Réseau. It also improves monitoring of the impact of scheduled engineering work on traffic and the replacement services to be provided.

STIF wanted to improve the quality of service offered to passengers in all the transport areas of Île-de-France. The emphasis is therefore on improving passenger information in the context of implementing the Passenger Information Master Plan (Schéma Directeur de l’information voyageurs - SDIV): 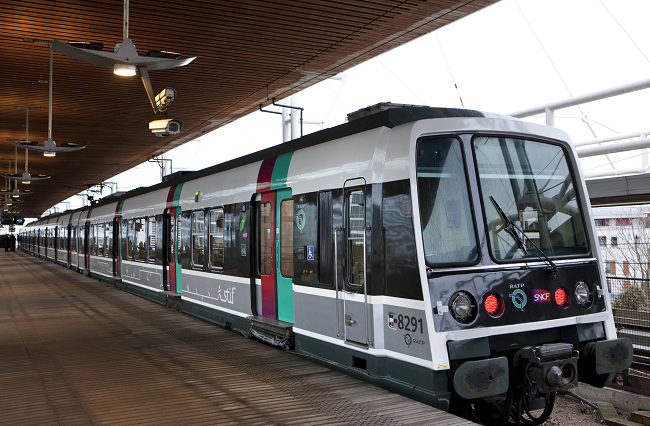 In the event of a planned disruption other than a strike (engineering work, demonstrations, deviations, etc.), SNCF and RATP also undertake to provide information on the origin, nature, start and forecast end times of the disruption on the line(s) affected, using signs and/or dynamic audio or visual media provided for the purpose:

In the event of an unplanned disruption, RATP and SNCF undertake to communicate to passengers as soon as they become aware of an incident, and once the incident diagnostic has been performed, to provide reliable, accurate and complete information to the passengers on their networks in real time (with “on-board” announcements on the RER trains and metro carriages regularly and at least every 3 minutes), through the dynamic and audio information channels, as well as “remote” media and connecting transport providers. Additional information will then be given regularly if the disruption persists.


Human presence, personal safety and cleanliness of premises and trains

RATP will increase its human presence with 200 extra staff on the night bus support teams and GPSR security officers, and plans to hire around 410 additional drivers for the 40 lines that are encountering the most difficulties.

For SNCF, around 240 more staff will be hired (SUGE security officers, station staff) as well as 50 additional mediation officers who will strengthen the human presence and security level across the whole network, with the aim of helping to prevent offences in particular: 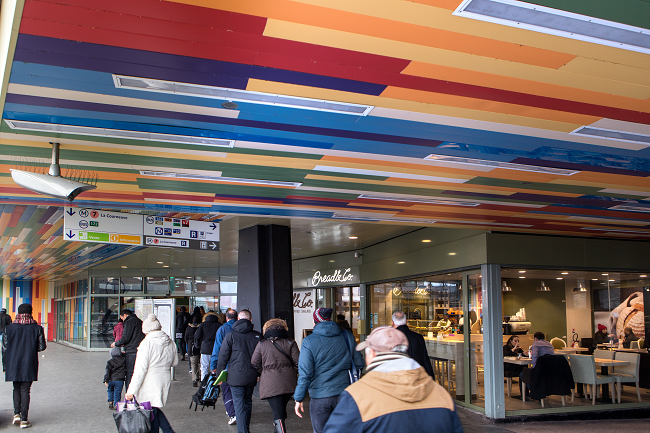 The new contracts spell progress in the field of passenger relations, in particular setting out the drafting of an Île-de-France complaint handling charter. This charter is designed to harmonise practices and education in the field of customer complaint handling. It will include the quality standards to be upheld by all operators and a system for sharing information on topics common to the various means of transport in Île-de-France (e.g. fares, hot weather, and major events on the network such as the track and ballast renewal scheme on line A). This will make it possible to respond to complaints from users in Île-de-France in a more coordinated, efficient and consistent manner.

Moreover, in order to exchange and share information, STIF will host a STIP/RATP and STIF/SNCF meeting at least once every six months, to take stock of relations with the user associations.

With regard to the STIF/RATP contract, with the additional subsidies from STIF, the Île-de-France Region, the State, the local authorities and RATP’s own capital stock (4.2 billion euros), a record level of investment will be made in order to accelerate the renewal and modernisation of the rolling stock and the network, that is, 8.5 billion euros for the 2016-2020 period.

This investment component takes account of the necessary energy transition to achieve the target set by RATP for an “all-electric/NGV” bus fleet in 2025. Indeed, the vehicle acquisition programme makes provision for strong growth in the NGV sector, as well as a progressive transition from hybrid technology to all-electric technology by 2019 at the latest.

Beyond the energy transition, the investment programme enables us: 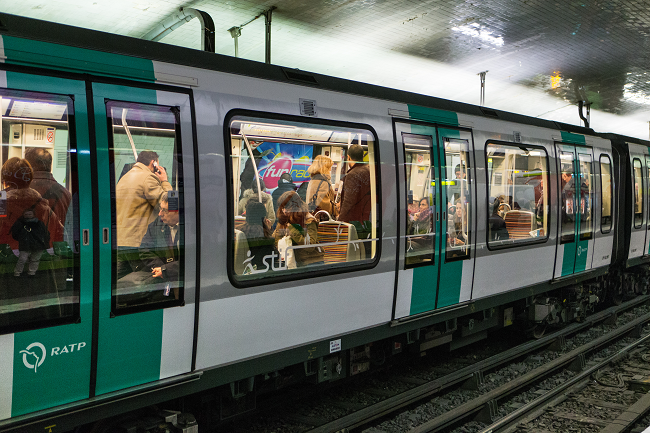 For the STIF/SNCF contract, with the additional subsidies from STIF, the Île-de-France Region, the State and the local authorities, an investment of 3.8 billion euros is planned between 2016 and 2019 in order to accelerate the network and the modernisation of stations in Île-de-France, to enable us: 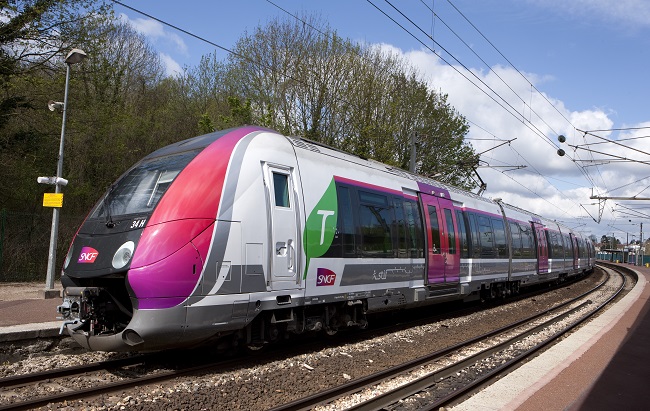