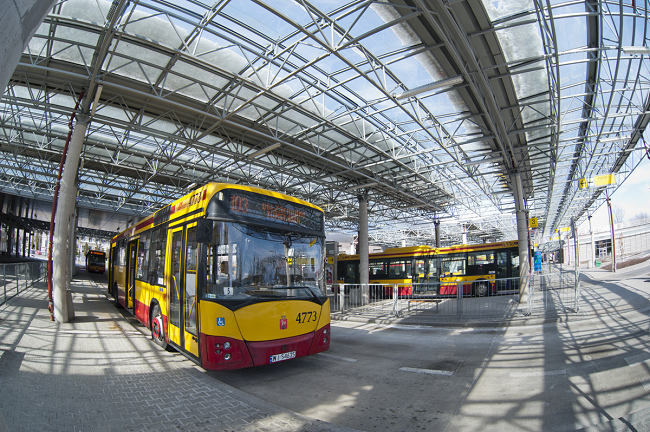 Next year ZTM (Warsaw Public Transport Authority) plans to commission the creation of a concept for a modern, intuitive and convenient Southern Station. Students of Warsaw University of Technology started working on the modernisation of the transport hub located near the Wilanowska subway station. Simultaneously work on the guidebook that will provide answers to questions about the design and construction of passenger friendly transport hubs has started.

What does the Southern Station offer now ? A large and inconvenient bus terminal with tight platforms, small shelters and a inconvenient passage to the subway station blocked by street stalls. This is even further narrowed down during winter, when there is snow and mud on the pavement.

Southern Station is also a departure station from where long distance coaches leave. Their passengers have neither a waiting room nor a place where they could eat or drink something at the moment.

What will Southern Station look like in several years ?

It is extremely important, if not pivotal, to organise efficient, secure and clear transfer facilities for passengers making interchanges between the underground, bus and tram. It will be a top priority of the Urban Transport Authority when designing the new Southern Station.

ZTM would like to provide also a waiting room for the passengers of long distance coaches. Also cafes, restaurants, and places where you can spend your time usefully and nicely will appear there.

Parking at P+R facilities is expected to retain its present form. However, the final decision whether it should be extended or not will be made based on the basis of traffic and economic analyses.

Students of the Warsaw University of Technology will create the design

ZTM has announced a competition for students of the Architecture Faculty for urban development to design a plan for the station area. There are three variants. The first, conservative one, assumes that the bus and tram terminals should be located in the area where the bus terminus currently is. In the second, balanced variant, students may propose changes that are not included in the land development plan, provided the main junctions keep their present form. The third variant – ‘maxi’ – does not have any designing restrictions.

Next year, ZTM plans to commission creating a multi variant concept of a transport hub that will include three conceptual designs with differences in the layout with regard to the location of the hub, its size and the scope of additional services offered. Experts will be invited to advise us in what proportions the various functionalities of the Southern Station should be combined. We will value a visionary approach that will take into account the potential development capacity of this part of the city, e.g. Służewiec Przemysłowy. We also investigate recommendations of the rules for financing the new facility – either from municipal budget or with the support of EU financing (i.e. Connecting Europe Facility) or by creating a public-private partnership.

Simultaneously with the work on the development of the area of the Southern Station, ZTM launched work on a guidebook, i.e. a collection of guidelines which should be taken into account during the construction of urban transport hubs.

The first task will be to create an inventory of all hubs in Warsaw and classify them into small hubs (located for example near small junctions), hubs of super-local importance (e.g. Southern Station) and international ones. Then standards for each hub category will be created. These solutions will of course have different passage width and indications for the installation of elevators or moving walkways, among others.

We hope to cooperate with other authorities in the course of implementation of this project, such as the Urban Transport Authority, which manages the hubs located near main roads, and with the Polish State Railways, which manages the hubs located near railway stations. Involvement of the passengers who use public transport will be a vital element in the process. Their opinions are indispensable to enable us to create valuable guidelines, and consequently help to design and construct also transport hubs that meet the requirements of a modern, accessible, pleasant and convenient place, well shaped to our passengers’ needs. 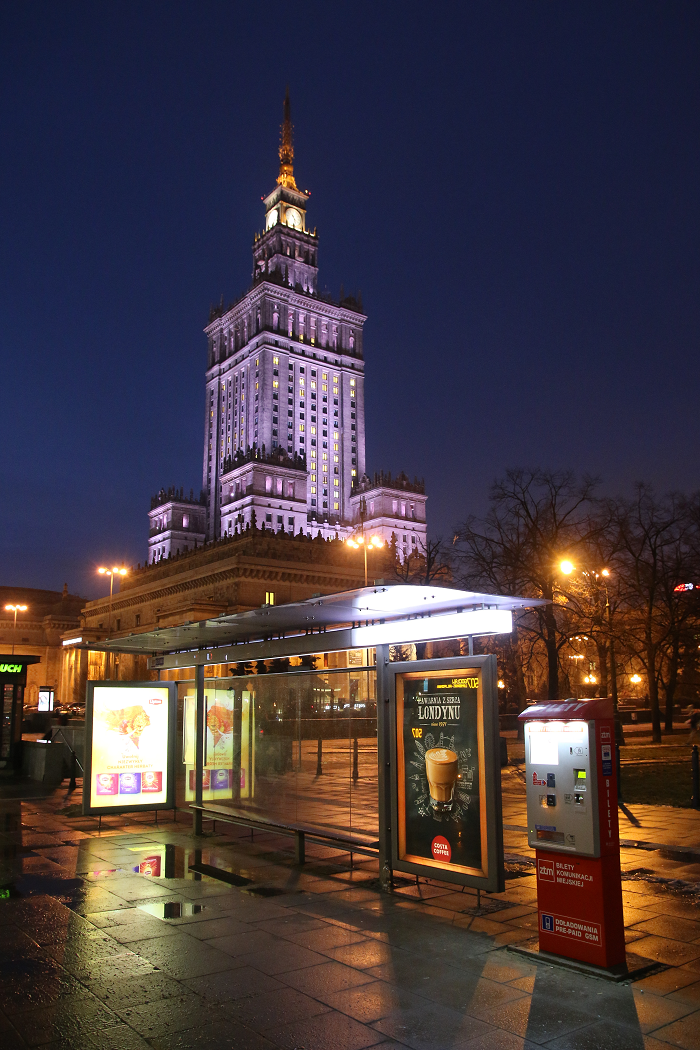