The 2016 timetable - a new rhythm for public transport!

With 2016 timetable change, due to the start of full operation of the new Vienna Main Station and the integrated cyclic timetable introduced by the Austrian Federal Railways ÖBB, the most extensive changes within the Public Transport Authority Eastern Region (VOR) throughout recent years were implemented. VOR took the opportunity to optimize bus and train lines throughout Lower Austria and Burgenland. In regional bus transport, major changes concern mainly the regions of Krems-Hollabrunn, Northern Burgenland and the area Römerland Carnuntum. 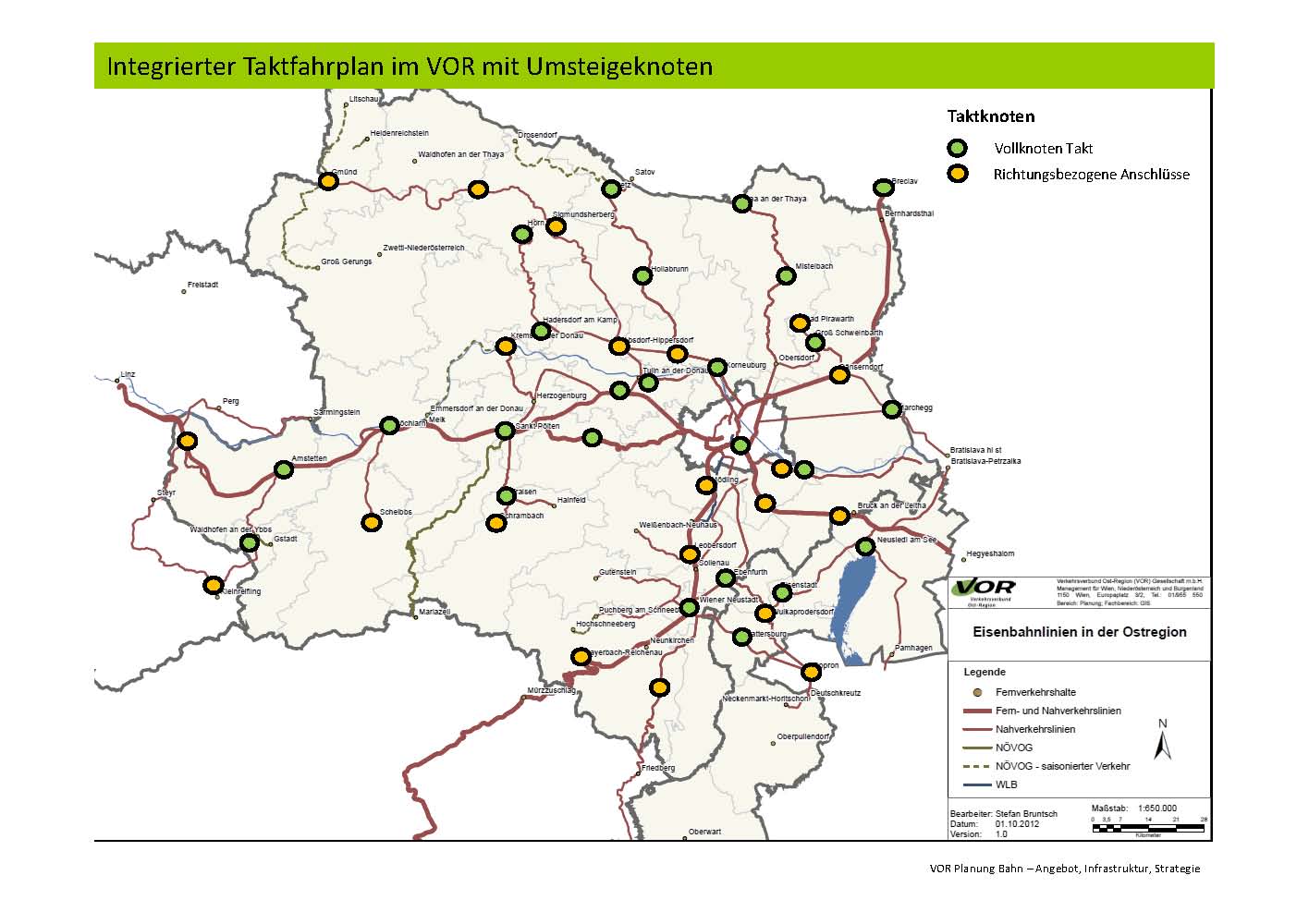 One advantage of the new timetable lies in its uniform cycle pattern. A consistent concept of traffic nodes makes it possible to effectuate short transfer times and rapid connections in all directions of travel. Buses and trains will mainly travel in a cycle pattern, enabling passengers to easily remember departure and arrival times. One notable example is St. Pölten Main Station, which serves as a junction for the Traisental, Mariazell, Krems and Westbahn railway lines in the directions of Vienna West Station, Vienna Main Station, Vienna Airport, but also Amstetten and even more western areas. In addition, the bus lines throughout the entire eastern region are now even better connected among each other and with other railway services offered in the region.