Live information on the number of parking spaces available in London Underground car parks, as well as improved traffic camera information that will help drivers avoid disruption, are the latest open data feeds to be released by TfL to help make journeys easier for customers.

The data, available free of charge at http://tfl.gov.uk/developers, is being released as part of TfL’s commitment to make the information it holds openly available to create better products and services that can be brought to customers quickly. They join an extensive range of TfL data feeds already available, such as live travel information for all TfL services and details of planned roadworks and live road incidents, which help millions of people plan their journeys around London each day. 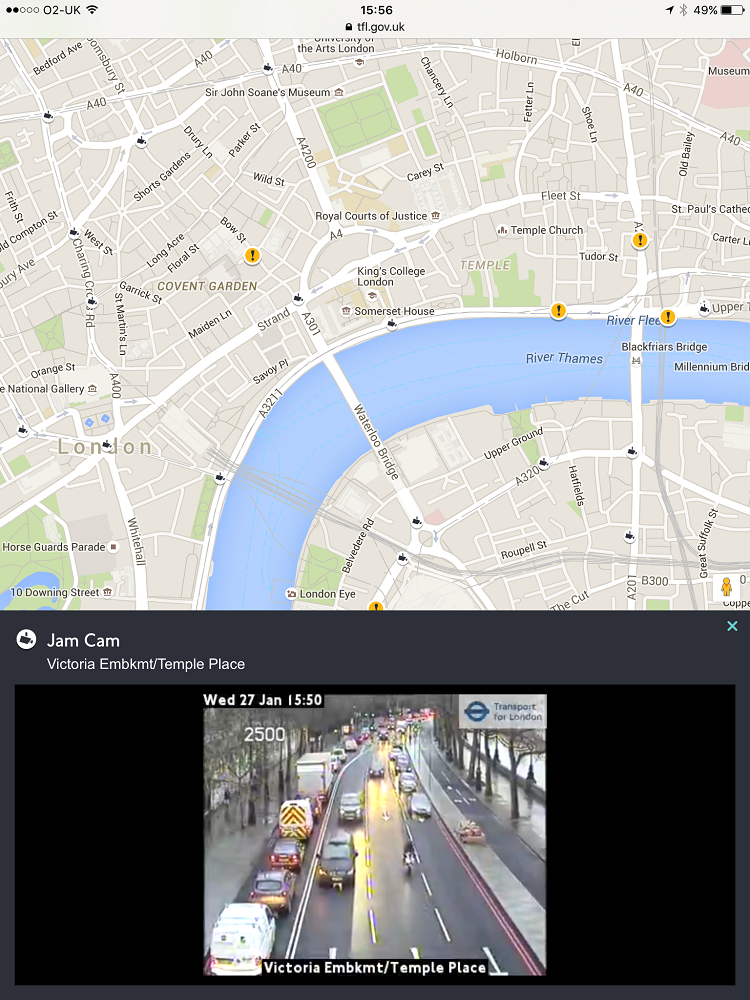 Future plans also include using historic and real-time data to provide more information on the predicted status of the public transport and road networks to provide customers with alerts in advance.