Passenger service is launched on the new interconnected tram network on the Buda side of the Hungarian capital, bringing a major transport development project to a close 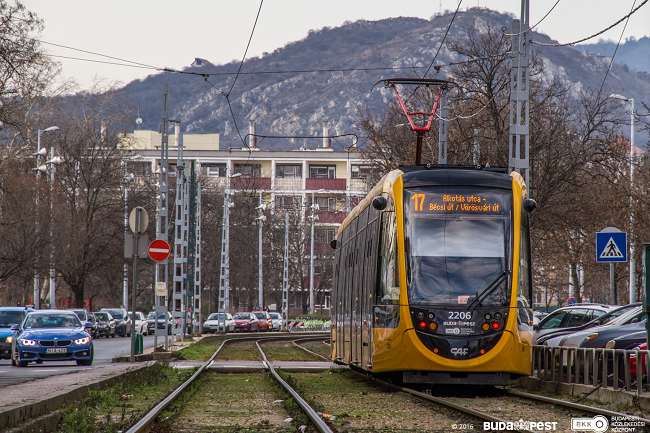 By the opening of the interconnected tram network providing direct connections between the northern and southern areas on the Buda side of the river Danube in Budapest, the Buda tram network was unified on 16 January 2016 following decades of fragmentation. The new service parameters have been developed by BKK Centre for Budapest Transport, the mobility manager of the city, based on extensive public consultation with some 2,300 received pieces of recommendation along with the involvement of the relevant city districts. The development was finished by the planned – and at the same time EU-determined – project headline. 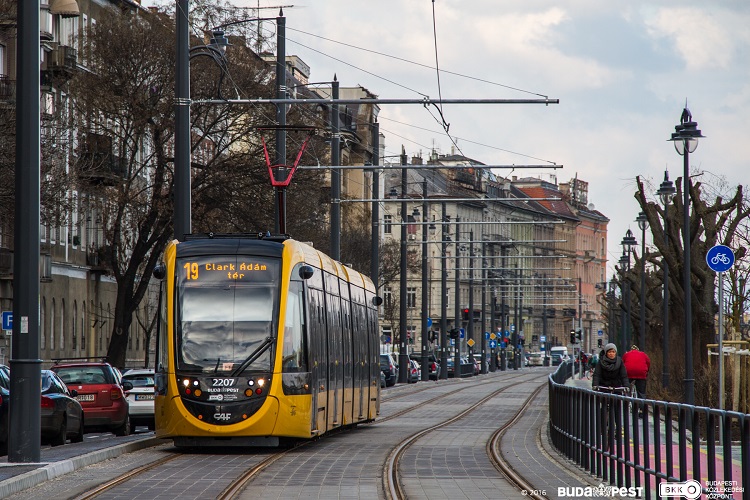 The objective of the interconnected tram network project was to create a unified network of previously fragmented tram lines in order to directly link different parts of Buda which is situated on the hilly right bank of the river. Tram line 17 was joined with three other lines resulting in long north-south routes. The development comprised the construction of two main elements: the Széll Kálmán Square branch and the Bem Embankment branch. Széll Kálmán Square, a major traffic hub in Buda, was refurbished simultaneously with the tram network development project including the complete reconstruction of the track system on the square.

Following the training of the drivers of the trams to serve the new lines, the modified and newly launched tram lines began operation on Saturday, 16 January 2016. More than 8,000 pieces of information material as well as timetables were posted at stops and additionally BKK staff handed out more than 50 thousand leaflets and advised passengers at major transport hubs in the first few days after the opening of the new network. Thanks to these activities and to extensive advance information provision, most passengers were well-informed and had no difficulty in using the services. On the day of the opening, many families chose to ride on the new lines as a weekend activity and especially to try the brand new, air-conditioned and low-floor trams by CAF. 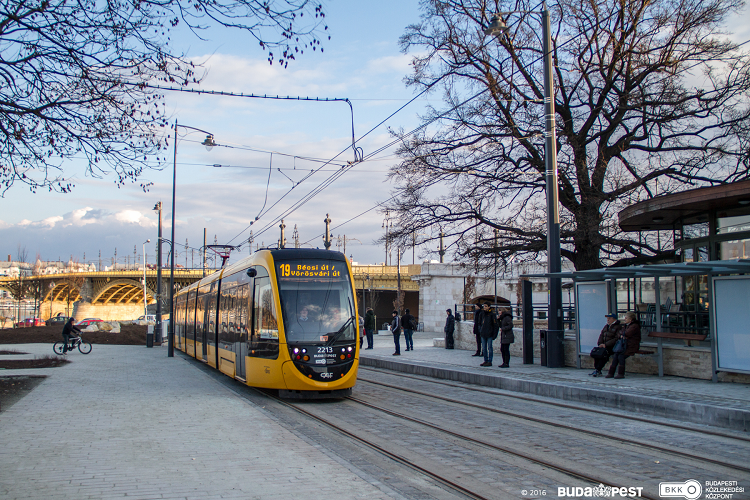 The interconnected tram network covering the whole territory of Buda is expected to stimulate an increase in passenger numbers by offering shorter travel times, a reliable schedule and a quality customer experience.

Not only have tram lines been connected in the course of the project, but already existing track sections have been fully refurbished, the power supply system has been modernised and adjoining public spaces and green areas have also been remodelled.

New tracks and a stop have been constructed on the Danube embankment between Margit bridge and Batthyány square. Underneath the bridge, where the space is narrow and car traffic is significant, the tracks interweave on a short section, thus occupying only one traffic lane, so that there was no need for a switch with moving parts. Alternating direction tram traffic is regulated by rail signal and traffic lights.

Tram stop platform levels have been adjusted to the newly acquired low-floor CAF trams to facilitate accessibility for wheelchair passengers and those pushing baby carriages. Visually impaired customers have guide lanes at their disposal. The new fixed-rail network is a viable option instead of private car use and also contributes to diminishing noise and air pollution levels resulting from road traffic and also helps to reduce congestion. Where it was possible, new car parks have also been constructed.

A separate development concerns the widening of the tram tunnel through the Buda bridgehead of the landmark Chain Bridge, so that the tunnel can accommodate the new trams. The works are planned to be finished by March 2016.