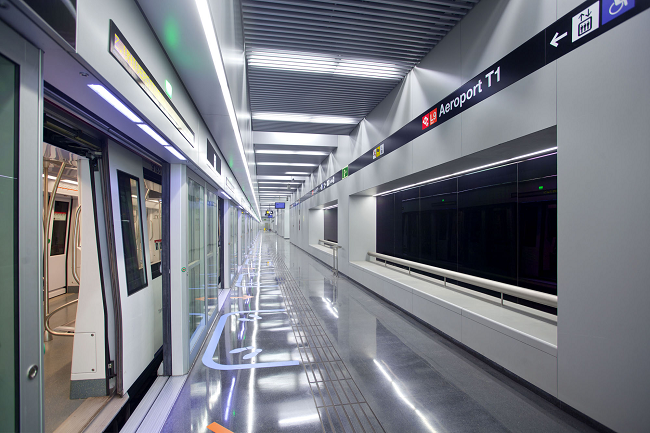 The number of passengers of the Metropolitan Transport Authority (MTA) of Barcelona confirms the recovery of demand that began in the second half of the year 2013 and has allowed the closure of the year 2015 with 939.3 million journeys, up 2.5% on the 2014 figure, which represents an all-time record since the implementation of the fare integration in the year 2001.

In absolute figures it represents an annual increase of 23 million journeys more than in 2014.

The current integrated fare system covers 346 municipalities and a total of 5.7 million inhabitants, and the use of MTA integrated fare tickets represents 72.22% of the total number of ticket validations. During the last years, the fare policy of the MTA of Barcelona has consisted on favouring people’s mobility by encouraging the recurrent user through more competitive ticket prices.

In this regard, and with the aim of continuing in its commitment to the improvement, efficiency and quality of public transport in line with the ‘Infrastructures Master Plan 2011-2020’ and the ‘Mobility Master Plan 2013-2018’, very important new trams of the railway network have been inaugurated:


February 2016: the new tram of Barcelona Metro ‘L9 SUD’ is put in service

On 12 February the Barcelona Metro network grew by 20 km, by nearly 20% in length. The southern tram of L9, called ‘L9SUD’, will connect the ‘Zona Universitària’ stations with ‘Aeropuerto T1’ in 32 minutes and with a frequency of trains every 7 minutes. The Catalan Government has invested €2,899 M in this new metropolitan line which passes through the municipalities of Barcelona, L’Hospitalet de Llobregat and El Prat del Llobregat to reach the two terminals that exist at Barcelona Airport, and puts 15 stations into service. The potential demand for the ‘L9 SUD’ is estimated at over 23 million journeys. 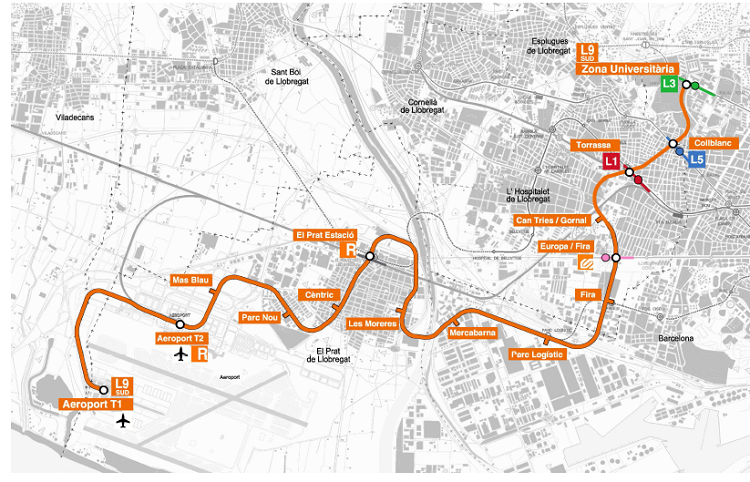 The Metro’s ‘L9 SUD’ is one of the emblematic projects contemplated in the Infrastructures Master Plan for the Metropolitan Region of Barcelona which is drawn up by the MTA of Barcelona. It is an automatic line, with a high level of security, with trains circulating at a commercial speed of 37 km/h, with all stations and trains accessible, and it enables supply to be adjusted to demand, adopting different configurations according to transport needs. For example, trains can be intercalated with the ordinary service to obtain intervals between trains of 4 minutes between some stations such as ‘Aeroport T1’ and ‘Fira’ during events such as Trade Shows or on dates with a large volume of air traffic at Barcelona Airport.

The ‘L9 SUD’ will significantly improve mobility in the Baix Llobregat area creating 6 new interchanges, 3 of them with Metro lines L1, L3 and L5, 2 with the RENFE local trains network and 1 with L8 of the Generalitat de Catalunya Railways (FGC). The new tram improves local mobility, providing access to residential areas in El Prat del Llobregat and the north-eastern area of L’Hospitalet de Llobregat with a Metro service and it facilitates access by public transport to major mobility generating centres such as the biggest industrial area in Barcelona, the Barcelona Trade Fair and the Barcelona Airport. In this respect, on 22-25 February the ‘Mobile World Congress’ was held in Barcelona and the Metro’s ‘L9 SUD’ was already up and running to connect the airport with the trade fair site.’ 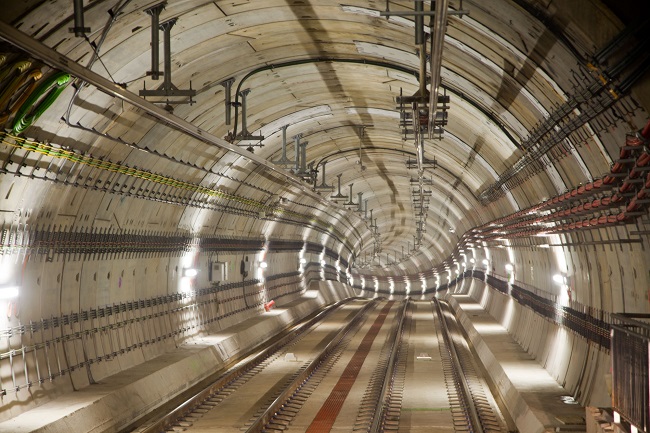 The new railway tram has a length of 4 kilometres from Terrassa Rambla to the north of the city and includes three new stations. This extension provides a Metro service within the city linking strategic points such as the hospital, the university and the historical centre, cultural centres and areas of development. 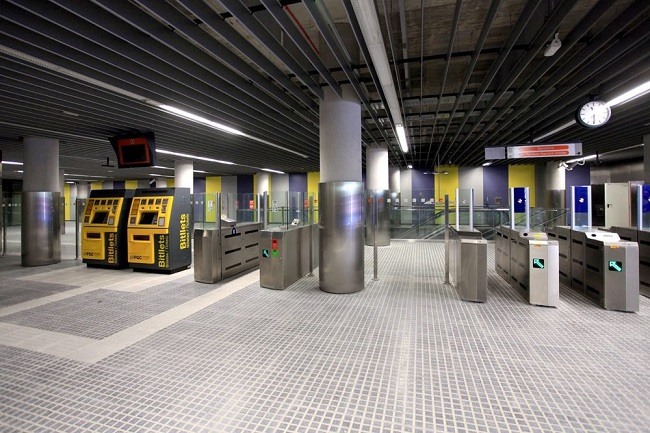 Moreover, it improves the connection with the Metropolitan Area of Barcelona and strengthens the intermodality with other modes of transport. It is envisaged that the FGC network in Terrassa will eventually transport 5.5 million passengers/year, thus doubling the current demand. The works have involved an investment of €401 M, have generated between 200 and 800 jobs directly at different given times, and it is calculated that in the next five years over 1,200 indirect jobs will be created.